Our prayers go out to the Skipper who's wife and mother are gravely ill. He is the sold provider and of course the medical bills are piling up. Skip has been on the front lines of showing the world what is really on Mars and the Moon. If you can help his website is here:
http://marsanomalyresearch.com/
UFOMM


With the permission of Peter Davenport, I have downloaded, from the National UFO Reporting Center, UFO Database all 2000 plus UFO sightings in New York from January 1st 1998 (NUFOC had few reports from earlier) to August 2010. August is all he h 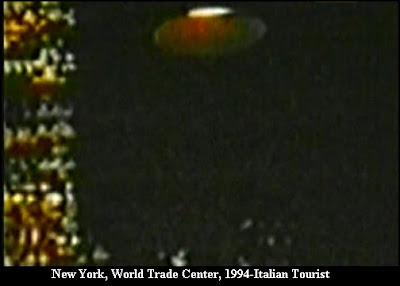 ad up so far. Is New York Still Active? Well, in July and August of this year (NUFOC is not caught up) the state was very active in UFO reports and produced at least thirty to forty sightings. I don’t know if any of them were investigated. Now I also retrieved from MUFON database fifty UFO reports from the New York area, two of them are below with photos. MUFON’s database is up to date and has a real time report actions center on their web site where you can look at their most recent reports in real time.

Below are some interesting NY cases from National UFO Reporting Center:

The objects were glowing red and white and moving about slowly

we saw three circular objects glowing white to red hovering in the sky. The objects were moving slightly left, up, down, right. Then at times they would move great distances away and back around the area where we first spotted them.

My husband and I observed seven separate lights in an almost symmetrical formation but then the lights began to rotate and to me it appeared that the lights almost took the form of the constellation Ursa Minor or Major. Then the lights began to fade and disappear one by one. We were headed to our friends house a few blocks away and as we turned the corner there was a car stopped in the road with the doors open. Three teens were outside and were on a cell phone and I could hear the driver telling her mother that she really did see something. At that point I rolled down my window and asked if they had seen the lights too and they excitedly said they saw the lights and that there were seven of them.

Object seemed to be towing another object over Pompey

I'm not sure what I saw fly over my house tonight, but it was different from anything else I've ever seen… Where I live I have a really wide open view of the western sky...around 10:40-10:50 PM this evening my wife and I were enjoying the night sky from our hot tub when I noticed an object moving in the northern sky...at first, I thought it might be a satellite but soon realized it was too big and too low...it flew right over our house heading towards the southeast...what made it different was the shape (outline) - it seemed to have two sections to it...my wife said it looked like it was towing something...unlike most commercial aircraft, there were no flashing lights - only solid lights...3 lights on the forward section and 2 lights on the second section...it was extremely quiet - not like any other jets that have flown over our house...not sure if anyone else in the area saw it.

Long cylindrical row of round white lights observed for about 1 minute. Object disappeared in a flash of yellow light .

I observed one object a long cylindrical row of round white lights about 10 in all. The object was in a stationary hovering position about 1000 to 2000 feet high. I saw it as I was traveling North on the Palisades Interstate Parkway at the New Jersey / New York border. As I was traveling downhill I saw a row of lights at what I thought were on the mountains/ hills ahead of me. I thought it was a new building or athletic field all lit up at night. As I was descending the hill I realized it was in the sky. All of sudden there was a flash of yellow light and the object was gone. The flash was just centered around the object. It did not light up the whole panorama of the sky like a sudden flash of lightning does. That's when I

realized I had probably just seen a UFO. I traveled another 15 Minutes on the same road and saw nothing in the way of lightning or flashes in the sky. I am a 55 year old Television Director that lives in Rockland County, New York.! I have a BA degree in History and Art. I was not drinking prior to the sighting and was fully alert.

The line below will bring you to NUFOC state by state breakdown just click New York:
http://www.nuforc.org/webreports/ndxloc.html

Below is some recent cases from the MUFON database, w/photos.

I was in the car beside my girl when i saw an object in the sky going downwards followed by maybe smoke.As we rode on i could see a couple more going in different directions. The closeup pic i zoomed in and the other i didn't touch. After about twenty minutes i could no longer see because of trees. I didn't feel shocked because this was my third time seeing aUfo.