Good luck America on the way you voted. You're going to need it. Joe Capp

There are two camps in the UFO community diametrically opposed to each others opinion on the abduction phenomenon. No, it’s not a debate on whether it happened or not; it’s about what it means to the person being take

n. The Betty and Barney Hill case is a simple example of this difference. Betty came to believe this was a positive experience while Barney was not so sure. Barney, who was an African American, knew too well what it means when you are taken at night by strangers. Betty on the other hand was a very curious person who felt she had experienced something profound. We have this dichotomy now, only different. Today we find two pronounced groups in the UFO community: “Abductees” and “Experiencers”. The Abductees believe these beings are evil or don’t care. They point to the fact they have been taken multiple times without their permission, forced to undergo medical procedures, and possibly impregnated. They also point to the fact that children have also been reported being abducted. They resent the fact that others are saying “they,” the abductees, just can’t understand what is happening and that their captors are really helping them.

Who are the people who say this? It’s the “Experiencers”. They admit that being taken is a horrendous experienc 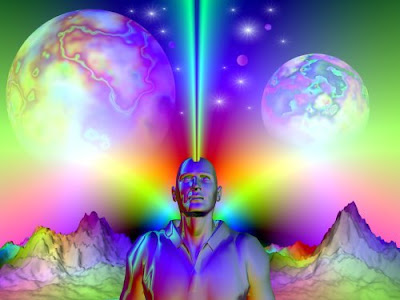 e, however it is for a good cause. The Experiencers believe the “ETs” that take them need them but also care for them. They also believe the “ETs” are spiritually evolved way beyond us and we are like little children: the ETs need to guide us and inform us of the right path though the Experiencers. Many Experiencers point out that we humans sometimes abduct animals for their own good but the animal doesn’t know that. This is what Experiencers feel is happening to them. They feel privileged and part of something way grander than just the initial experience. Some come to love their captors and support them.

Many “Abductees” feel this is an affront to their experience. The Abductees aggressively resent the Experiencers feeling is an not only unjust, but downright irresponsible. They point out that you can’t talk to an animal or reason with it so you have to abduct it if it needs something. These beings can communicate with us. They understand us. The ETs don’t need to do it that way. They point out if they are so spiritual why they didn’t even try.

As with all of my scenarios I want to remind the reader that I am referring here to the most documented cases, from the leaders in the investigations of this phenomenon: Budd Hopkins, Dr John Mack and David Jacobs. I suggest the readers, if they are interested, read material by the aforementioned. Today many other abduction /experiencer researchers seem to be more new age and don’t seem to have any rigorous methods of testing the reality of the person they are helping. Man 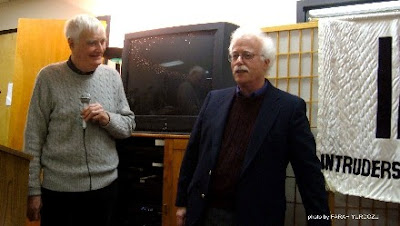 y times they accept at face value the person is telling the truth. The early abductee researchers are tough rejected most cases on various grounds including sleep paralysis, active imagination, and even loneliness. Budd, Mack and Jacob were very thorough in accepting only cases that seemed to be, as shown by other evidence, genuine. All three agree that some abductees, have after time, found their abduction to be a very positive experience and can grow to love these beings. David Jacobs was a little different. He believes ETs are indeed up to no good and uses the abductees to impregnate them for an eventual takeover of earth by hybrids.

Inter-species love is a wonderful experience. I’ve had animals all my life. I have loved them and they have genuine love for me. Is this is what we have here- just one species learning to love another? I have to say humans accepting aliens into their hearts would be in most instances applauded. In this instance, for many, it is not.

The Abductees claim what is actually happening on the ships and with the ETs is manipulation. The ETs have abilities which they use to try and manipulate humans. They claim the reason the ETs seem to be caring and helping is they want something. The Abductees state manipulating a human to be compliant makes sense- there are way easier to handle. The Experiencers counter that they have been given a gift; they feel more connected spiritually and chosen.

Who is right? Maybe they both are. The key to this is a phrase I use to use in counseling of young people.. “Feelings aren’t facts”. We have to all admit the anger by the Abductees is not only appropriate but it’s well deserved. It is obvious that no matter what you feel for the ETs they seem to do what they want to do. Those Abductees who remain angry at the ETs, no matter how many times they are abducted, are still abducted same as well the experiencers. Could these ETs be in fact manipulating people’s feelings and could there be some people not as susceptible to that emotional control? That idea may be interesting in itself: does anger block ETs’ control? Has any real Experiencers ask the ETs to stop abducting them and have the ETs complied?I know I can’t judge a Experiencer who has turned a horrendous experience into one they can cope with. I may not know where that feeling really comes from but they seem real.

Are the aliens in need of something they must have? Do ETs pick out humans that meet these needs? Is it possible aliens really don’t want to do this but they have to do this? Is it possible some ETs have genuine affection for their temporary human captors? Even if you believe that Experiencers are accepting this just so they don’t have to deal with the anger and frustration of the abduction experience we shouldn’t judge them. What we may judge is their judgment on Abductees and what they feel. Experiencers don’t know for a fact they are not being used and they should admit that. Many of the experiencers are at conferences and hold their own workshop. The workshops promote this as a positive experience. Many angry Abductees at these conferences will not go or only go once. The biggest problem with the Experiencers is this air of righteousness. I ask “Experiencers”, are you so knowledgeable about aliens and their motives that you couldn’t be wrong? I ask Abductees can’t you understand, and find sympathy, for the experiencers’ need to find meaning in an experience they can’t control?

No one has figured out what the true motives are of these entities who continually take people. All ideas need to be on the table. All people who experience this need to be open to other ideas. This is not religion; we can’t have “absolutes” about an unexplained mystery. We should have abduction groups as a way to channel this anger. They are beings we know nothing about, taking people and children with little regard to the shock it may cause them. We don’t’ know their customs or their true ethics. Until we do have all the facts these two sides are dividing UFO community even more.

The Clip is a Presentation by Joe Lewels at IUFOC and his take on the good ETs.