They’re at every UFO conference.
They spout a type of “The Secret” philosophy given to them by ETs…or spirit guides claiming to be from another planet, star system, or galaxy - or all of the above.
Some believe they’re the chosen ones of ET, and their “experiences” (abductions), are a training camp.
Some of them have the same smile you’ll see on Born Again Christians --until you challenge their matter of fact beliefs.
Some of them are very kind people.
Some of them have lost all critical thinking.
Many of them believe UFOs, Angles, and Jesus are all interrelated.
They are an important source of revenue in the commercial UFO world.

Mr. Bennett, spokesman of the All UFOs Are Metaphysical School, gives off a nasty whiff of antique McCarthyism as he makes a not quite relevant comparison of MUFON conferences to the old no-discussion-no-debate ‘government’ sessions of the former Soviet Union. But is this kind of writing Bennett’s doing ultimately supporting rational discussion of the phenomenon by reasonable people?

So listen up, you lower class, over-forty type geeks, and you secret Old School Commies, you’re the reason academia has never accepted UFOs! According to Bennett.

Looks like Mr. Bennett’s forgotten one of the real reasons UFOs were discredited.

If anything, it was the Contactees and the Space Brother Channelers --with their spiritualist-based movements of the 50s continuing into our era-- who scared away academia and discouraged scientific serious investigation. In fact, the Nuts and Bolts investigators of those days came very close to having a former CIA director testify before congress to call for serious UFO study.

Major Donald Keyhoe was the prime mover in the battle to get the truth out about UFOs. Keyhoe started NICAP (National Investigation Committee on Arial Phenomenon) and NICAP was one breath away from having a former CIA director testify in front of Congress that UFOs “should be taken seriously and investigated by the scientific community.”
But somebody pulled the plug, which could mean this straight-forward, nuts and bolts approach is sometimes dangerous. See:
“UFO And The National Security State” By Richard Dolan.
http://www.nicap.org/

But take a closer look at Mr. Bennett’s claim that all UFOs are purely metaphysical. Many of his observations about the incredible range of UFO phenomenon are valid and should be examined:
- ETs seem to go through walls, disappear and reappear.
- Craft observed to fall like a leaf, with a swaying motion
- ETs wear headgear right out of the movies
- Craft look like they were built by Captain Nemo
- ETs observed with Bigfoot and other criptids
- ETs change shape
- ETs may be associated with religious Icons
- ETs give warnings to the people who would typically be the least listened to.
- ET of many different types reported.
- ETs may act stupid – unintelligent
- ETs may give warnings that are in your local newspaper.

Mr. Bennett’s wrong about another thing: MUFON does investigate even the most bizarre, phenomenon-rich…and controversial cases. Take a look at the newly-reopened landmark case that illustrates MUFON’s willingness to investigate what may be the case showing the greatest phenomenological diversity of them all: 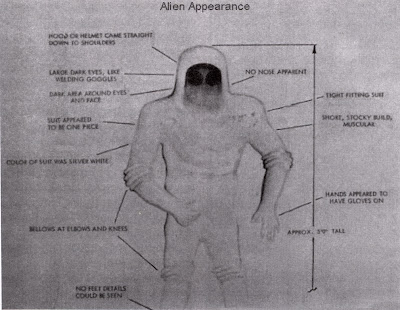 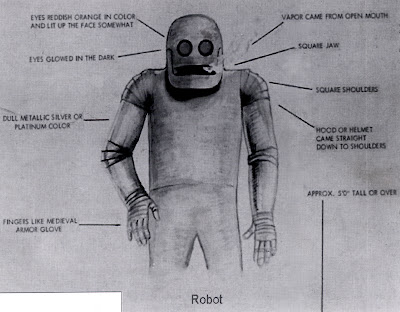 The entities in this incident don’t just act different, they exhibit behavior right out of a B-grade science fiction movie. Doesn’t that sound like a projection of the mind --or better yet, a hoax? Unfortunately there are too many documented cases from around the world which seem to confirm similar, if not every sort, of strange behavior by the UFO visitor types in this spectacular incident, and of course examples of alien strange behavior are reported in abductions.

Even Dr. J. Allen Hynek from Project Bluebook tried to come to terms with this tension between what we think of as paranormal and other ‘high strangeness’ in UFO reports:
"Here we have 'creatures of light' who find walls no obstacle to free passage into rooms and who find no difficulty in exerting uncanny control over the witnesses' minds. If this represents an advanced technology, then it must incorporate the paranormal just as our own incorporates transistors and computers. Somehow, 'they' have mastered the puzzle of mind over matter....More and more of these high-strangeness cases are surfacing...They outrage our common sense, and they do constitute a challenge to our present belief systems."

But although the metaphysical/paranormal angle may explain some incidents, it doesn’t explain why the ET are reported again and again…acting stupid or just plain illogical.

It was this factor --the weirdly stupid behavior as exemplified in the robots case-- that gave me the ideas I call “Staging” and “Applied Species Psychology.”

Donald Shrum went bow hunting September 4, 1964. At sunset in an isolated area of Placer County California, Donald became isolated from his friends, realizing he was lost and it was getting dark, he knew he would have to stay the night. Climbing a tree so that he would not become the hunted, he strapped himself in till morning. Later he saw a zigzagging light and figured it was a rescue helicopter. After getting down out of the tree, he built a signal fire. When what he thought was a helicopter landed 50-plus yards away, its strange appearance frightened Donald Shrum. So he climbed up the tree again.

Later two humanoids (gray type) and a robot (see illustrations above) tried to dislodge Donald from the tree. He was besieged all night long. He lighted matches and twigs and through them at the beings, shot arrows one hit to show an "arc flash" of as it hit the robot -- and the robot flew backwards on its “metal ass”!
And what about this puzzling bit: when Donald threw his canteen at the gray and the robot, they inspected it, then threw it aside; but when he threw some coins, the visitors kept them.
The robot belched gas directly at Donald and it almost made him unconscious. The kicker though, was when another robot --just like the first-- joined the other two attackers, and then came more belched gas, together with some strange vapor that was launched, and finally Donald went out. The next day he was alone and still tied to the tree.

Donald Shrum made his way back to his other friends; one of them had witnessed the same UFO.

MUFON investigated this story in 1964, and if you don’t think this case is bizarre, I don’t what could be.

Donald Shrum has not, till now, spoken publicly of the incident for 43 years. If you ever wonder what cases ring true take a look at the passage of time and how the person reacts. I feel Donal Shrum actions underline the fact that he was telling the truth. You can read the full story of Donald Shrum and his recent comments including what they found when they retured to the site in "MUFON Journal" April Issue No. 468


The UFO Religion Part III
“How Do You Hang On To A Dream” Tim Hardin
Posted by Joseph Capp at 5:27 PM