"The Shroud of Turin is much older than suggested by radiocarbon dating carried out in the 1980s, according to a new study in a peer-reviewed journal". Happy Easter UFOMM
http://news.bbc.co.uk/2/hi/4210369.stm

The UFO community has been at war, a war that we are losing. “Those who cannot learn from history are doomed to repeat it” are famous words by Santayana and, in many ways, this should be the motto of the UFO community. The Gulf Breese flap is a prime example of losing the battle of the hearts and minds of the public because of our own narrow investigative focus. To emphasize what I mean let me ask any UFO history buff one question: Can you name another witness in the Gulf Breeze flap other than Ed Walters? There were at least two hundred and fifty of them.

The example of how a fantastic UFO flap with hundreds of witnesses, dozens of video and photos was reduced to one man’s controversial account is a classic in UFO investigative shortsightedness. This case demonstrates how poorly we treat our witnesses. The vast majority of the other UFO witnesses’ evidence in Gulf Breeze was lost in the ether of UFO history leaving only one central figure: Ed Walters.

How hard would it have been for the debunkers t 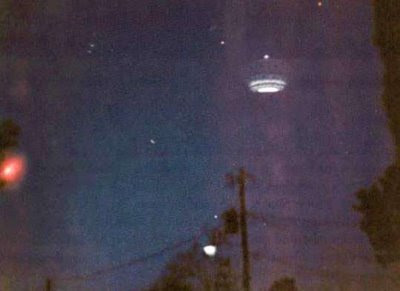 o take on 250 + witnesses in real time with dozens of videos and photos? This case should have never been focused on Ed Walters. In fact, we should never focus on any individual in a flap even though the evidence from that person may appear sensational. The case in Gulf Breeze would have been a resounding psychological success, if the public investigators in the UFO community had continually brought the focus back to the 250 witnesses by any honest means possible.

Did anyone see the Gulf Breeze “Unsolved Mysteries” episode? In the beginning of the report they had assembled a room full of Gulf Breeze UFO witnesses. I never forgot that scene, it was that powerful. But as so apply put on this Billy Both UFO Blog:

“World-wide attention was drawn to the UFO mystery in 1987 by one wave of sightings, those which occurred over Gulf Breeze, Florida. These were much more than just sighting reports-the sightings were accompanied by many photographs and videos. The majority of the attention was on one Ed Walters, a contractor from the area, who took extraordinarily clear photographs of UFOs.

Walters claimed that his first sighting of a UFO occurred on November 11, 1987. He was working in his living room late at night when he noticed a light shining through the window. He immediately went outside to find the source of the light. He saw a glowing object which was only partially visible because of a large pine tree in his yard. He moved to get a better look at the object-now he noticed that the object was shaped like a top…

Walters reputation would receive a big boost from MUFON, the world's largest UFO organization. After hearing about Walters' photographs and sightings, they began a full blown investigation into the Gulf Breeze story. After they completed an initial look into the evidence that Walters had, they were convinced that he and his evidence was genuine.”
http://ufos.about.com/od/visualproofphotosvideo/p/gulfbreeze.htm

How many of you out there in UFO land have ever seen the videos and photos of the other witnesses ? The UFO researchers had focused on the most sensational of the witnesses, Ed Walters, and that’s just what the debunking community wanted.

No matter what you believe about Ed Walters, the controversy around him effectively shut down the powerful message of the Gulf Breeze flap and its implication. Here we had “ two hundred and fifty UFO witnesses videoing and taking photos of UFO objects. How do you explain that?

The controversy around Ed’s photogra

phs, the model in his home, and around his book all helped to water down the power of what happened at Gulf Breeze. These accusations were all instituted by debunkers who had a field day. The debunkers only had to deal with Ed Walters credibility instead of what might have been- 250 plus very insulted witnesses.

We can learn from our UFO history. What if Gulf Breeze happened today? There will be other big UFO flaps; we all know it. We need to handle them smarter with a more effective public message. A flap is an extremely potent message when it continues to be the center of the UFO investigation . This should be a no brainer. We need to make sure every credible witness is treated equally in a flap. We can learn from our mistakes we can make sure in the future that any UFO flap’s is investigated so that the combined witnesses, and their possible photos and video evidence will be presented publically and equally researched by our investigators.