[The Clip at the end of the post was presented on National Geographic Channel and can purchased there.]

Debunkers are here to help us, right? At least that is what they say. The debunking community wants to protect us from the charlatans who live to exploit naive but good people, like us. They remind the public time and time again that their brand of rigid unbending science is what most scientists practice and believe in today. They claim this science saves us time and money spent on researching nonsense that doesn’t fit accepted theory. Could this backfire?
Could predisposed ideologies within the scientific community give rise to cursory analysis and rejection of theory out at of hand even though it was based on sound data? Is this rigid tenacity practiced by some scientist to hold on to what has been proven go beyond just caution into demagoguery? This is not a “UFO nut job’s” wild conspiracy this has happened, and it happened in a fog.
Thirty seven people were found dead in 1984 and at Lake Monoun, Camerooon, West Africa. Their bodies were found by search parties looking for fishermen who hadn’t returned to their families from a night’s fishing on the lake. The people were found along the embankment untouched with what looked like burn marks. The fishermen who were out on the lake were never found. Soon it was discovered a cloud of something, possibly generated by the lake, killed these people. A white fog was described 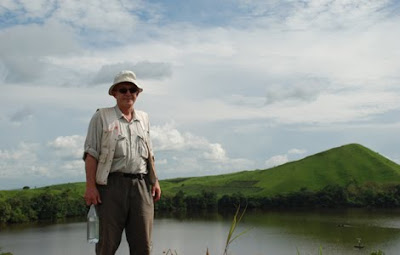 by the locals streaming out from the lake after a long explosion. What they discovered was that this white fog killed any air breathing creature that happened to pass through it- choking them to death. The country asked for help and received the primary explanation by local scientists who relied on the known theory: “a very dense volcanic toxic gas was released by a volcanic eruption in the lake. This cloud killed any living creature that happened to be in it.” The government wasn’t convinced because the lakes haven’t been volcanic these region for eons. So, The West African government sent in an independent Volcanologist, Haraldur Sigurdsson into the region. Sigurdsson was through who interviewed the people and conducted a battery of tests. What Sigurdsson found contradicted the status quo by a wide margin. In fact, his theory was unheard of… It turned out Sigurdsson was right; what had happened was never before understood. These lakes, like all lakes, build up carbon dioxide, which, in normal lakes, is released in small quantities by the natural cycles of movement. This lake was different because it was well protected from these normal cycles. He found because this normal release doesn’t happen in these lakes, it becomes a matter of how much carbon dioxide builds up in these lakes before it explodes into the country side. Sigurdsson, knowing the are other lakes in this area that were identical in makeup to Lake Monoun, knew he had a possible ticking time bomb on his hands. For him it was only a matter of time when this would happen again. But the most important part of all of this was you could test for it in the other lakes.
Sigurdsson, a mainstream scientist and one of the top men in his field, decided to write everything up and submit it to the international scientific community, which rejected it out of hand. He was ex 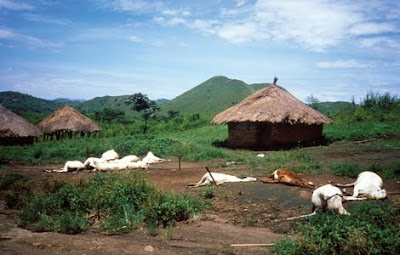 tremely surprised. He went his way and the international scientists went their way but the people suffered. Two years later the same thing happened, only this time in Lake Nyos, a short distance from Lake Monoun. The damn thing killed two thousand people and every living thing it touched.

Sigurdsson was upset when he found out and felt it was his fault; he felt he should have pushed more. But that is not my take on what happened. We in the UFO community have known for years there is a group of scientists backed up by debunkers that seem to feel they have the all the answers. They claim they are the guardians of scientific truth. They will reject, out of hand, theories that challenge the mainstream scientific status quo theories. We in the UFO community know about of these types of professionals. They are not scientists; they are fundamentalists hanging onto theories even when better ones come along. I ask those people who support the skeptical society to look at what happened in Cameroon West Africa. If UFOs had been the hostile aliens pictured in Steven Hawkins nightmares we could have been caught completely off guard because many scientist dismissed them out of hand

When I see the James Oberg’s of this world calling our brave pilots unreliable I wonder where the pure science I loved as a child has gone…probably like a dead gas… to the bottom of Lake Nylos.